The IAM is sponsoring the Southern Maryland Aces 9-and-under travel baseball team. The sponsorship helps bring down costs for players’ families and ensure that no child is unable to play because of expenses. 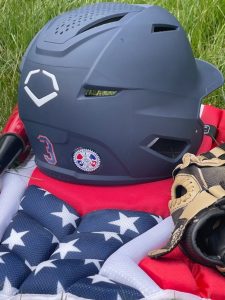 “These funds will be utilized to help offset player expenses, which keeps play fee at a reasonable price to ensure that a financial burden doesn’t prevent a player from playing,” said Team Manager/Head Coach Jason Murray in a thank you letter to the Machinists Union.

The kids on this team have been playing baseball together since they were four- and five-year-olds in Little League. There was no team for them to join after Little League to continue to grow together as a team. They would have been separated onto different recreational teams.

“I personally wanted to start this team because I didn’t want the team to split as they get older…My goals go beyond baseball. I would like to teach them hard work, perseverance, self-control and grit. Sometimes life is hard, but not giving up and working for a cause will build a way better future, not only for them but for the community around them,” said Murray in his thank you letter.

“It’s important for the IAM to be involved in our local communities. IAM members live throughout the Southern Maryland,” said IAM International President Robert Martinez Jr. “We want to make sure we do what we can to support the small things that make a big difference – like sponsoring a youth baseball team that has been together since they first started playing. The small things are important; they are what helps build community.”

The post Youth Baseball Team Sticks Together Thanks to Machinists Union’s Support appeared first on IAMAW.