This article originally appeared in the Winter 2017-2018 IAM Journal.

Bringing a child into the world is exciting. But it can also turn expecting into the unexpected.

That’s where two Machinists Union families in Minnesota found themselves. Both say they were able to focus on their family instead of worrying about future medical costs, thanks to their union negotiated health care plans. 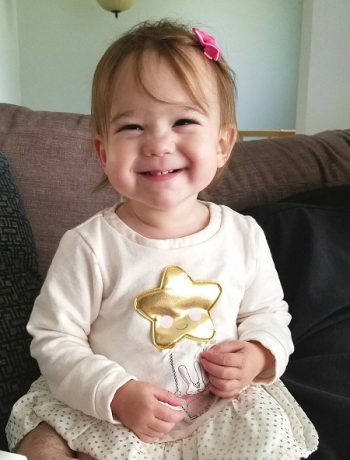 Million Dollar Baby
Ross Olson was a member of the IAM Local 737 Negotiating Committee while his wife, Ellen, was five months pregnant with their first child.

A fall at work had put Ellen’s pregnancy in jeopardy. She was hospitalized after her water broke at 21 weeks, but doctors were able to delay birth for the time being.

In the meantime, Ross was doing his best to stay focused on bargaining his local’s next auto dealership contract. The contract was ratified in a few weeks. On the same night, he met his daughter, Emma, for the very first time.

“Emma spent her first three months hooked to a ventilator, fighting for her life,” Ross said. “She had heart complications, breathing problems due to her lungs not being fully developed, and she received blood transfusions—the list of procedures was endless.”

After three months in intensive care, Emma was able to come home. Her health was still fragile and she was still getting oxygen from a machine.

“We had to perform CPR at least 10 times because she would stop breathing,” Ellen said. “It was a very scary time in our lives.”

“You wouldn’t know it by looking at her today,” Ross said. “We are amazed at how far she has come and how fast she has developed. Developmentally, she has advanced past where she would be if she was born full-term.”

The one thing the Olson’s didn’t have to worry about was mounting medical bills.

“Thanks to our contract, I had great health insurance,” Ross said.

Ross had to switch health insurance providers in the middle of his family medical crisis when he became District 77’s secretary-treasurer.

He paid the maximum out-of-pocket costs on both plans. Combined medical costs for mother and daughter are now near $2 million.

“She had three to five times more appointments than your average baby,” said Ross. “Even after she came home, she still had so much going on.”

The Olson’s lived the difference between union and non-union workplaces. Ellen’s employer fought her worker’s compensation claim, which forced her into part-time work.

“The entire situation has solidified my drive to bring IAM representation to as many people as I can,” Ross said. “Working people deserve better.” 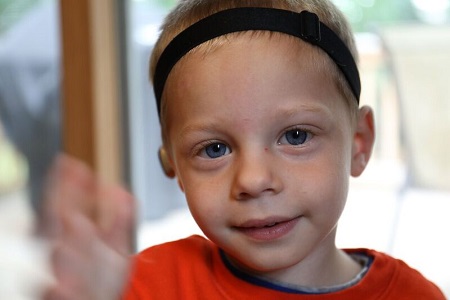 Energized Ethan
Joe Baratta knew from a young age what it meant to have quality health care. At 17, he was diagnosed with cancer.

He watched his parents struggle with massive medical bills, even as the family had two health insurance plans. That’s part of the reason why Baratta sought out a job at Electrolux in St. Cloud, MN where the Machinists Union had negotiated good health care benefits.

After welcoming their first son, Carson, the Baratta’s were preparing for the arrival of Ethan. Midway through Ashley’s pregnancy, they were notified that Ethan wasn’t growing at a normal rate.

Doctors feared spina bifida, a condition that can affect the ability to walk.

“We had no idea what we were going to have to deal with,” said Joe, now a communicator and shop steward for IAM Local 623.

They were referred to a perinatal clinic which specializes in maternal-fetal medicine to oversee Ashley’s pregnancy.

Ethan was developing four weeks behind schedule and was born eight weeks early. He weighed 2 lbs., 14 oz. at birth and spent his first month in intensive care.

“He was on a feeding tube until about a week before we brought him home,” said Ashley.

Today Ethan is partially deaf, due to a deformity in his right ear. He requires a $10,000 cochlear device to help him hear.

“We wouldn’t be able to afford something like that if we didn’t have this insurance,” said Joe.

Today Ethan is developing at a normal pace and is as rambunctious as any two-year old.

“Luckily he didn’t end up having any of the conditions of which the doctors were concerned about,” said Joe.

Reflecting on the financial struggles his parents went through, Joe knows how fortunate he is now.

“If it wasn’t for the health care benefits we have through our IAM contract, I don’t know where we would be,” said Joe.

“We sure wouldn’t have been able to buy our first house, or anything else we have,” said Ashley. “I’m sure we would be in collections with all our medical providers.”

Joe points over his shoulder, where the family’s backyard has room for a dog to run and a swing set for Ethan and Carson. “It makes you realize how important the union is to you and your family.”

The Barattas display a “Proud Union Home” sign in front of the house and IAM bumper stickers on his SUV.

“We need to spread our union message,” said Joe. “Our situation has inspired me to do more to organize and get good medical benefits for others.”