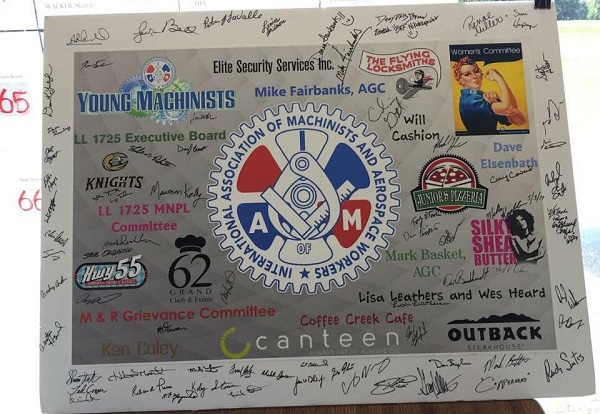 Members who participated in the IAM Local 1725 first annual Union Golf Tournament signed an event poster. Proceeds for the event went to the Levine Children’s Hospital in Charlotte, NC.

The event raised nearly $2,500 for the hospital.