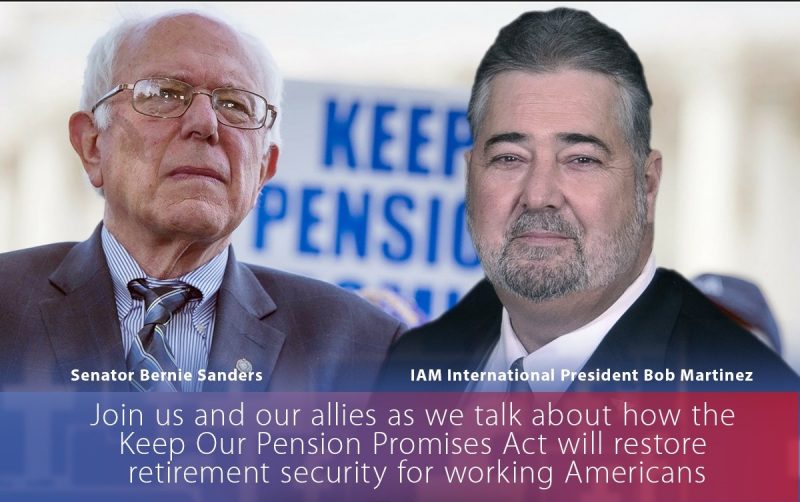 “Allowing cuts in promised benefits is a ticket to poverty,” said Martinez. “The Keep Our Pension Promises Act restores the retirement security the 113th Congress stole from seniors in the dead of night. We call on anyone in Congress who stands with working families to co-sponsor and rally support behind this important piece of legislation introduced by Sen. Sanders and Congresswoman Kaptur.”

This press conference will be one of many “Keep Our Pension Promises” events hosted across the country by retirees and members of Congress. Click here for additional events