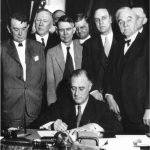 In 1933, President Franklin D. Roosevelt implemented the New Deal, a congressionally approved infrastructure and public works construction program aimed at getting Americans back to work amid economic devastation caused by the Great Depression. Part of that agenda included the creation of the Tennessee Valley Authority (TVA), which would revolutionize electrical energy production in the U.S. and create thousands of good jobs around the South. The TVA, which employs IAM members, has become the country’s largest government-run power provider and serves 10 million people in seven Southeastern states. Additionally, the TVA covers 90,000 square miles of land from Tennessee to neighboring Alabama and stretches out west as far as Mississippi.

“This is a massive operation that’s maintained by talented Machinists Union members who work around the clock to keep it running,” said IAM Southern Territory General Vice President Rickey Wallace. “It gives me great pride knowing IAM Brothers and Sisters are the heartbeat of energy production in the South.” 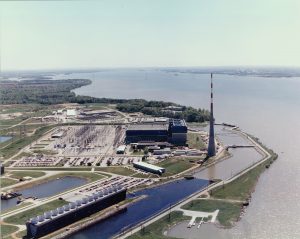 By the 1950s, the TVA became known for its massive hydroelectric dams that dot Southern waterways, like the Kentucky Dam that stands more than 200 feet tall and stretches roughly 8,500 feet across the Tennessee River. Seventy years later, the TVA’s power production operation has expanded and evolved to include solar energy, cleaner coal, nuclear power, natural gas and renewable energy. IAM District Lodge 1888 represents more than 650 workers at the Tennessee Valley Authority at places like the Wilson Dam near Muscle Shoals, AL, a quiet river town of 15,000 people nestled in the forests of the state’s northwest region. IAM members there, and in the surrounding area, perform a variety of jobs ranging from repairing the dam’s giant water turbines, which can stand at least 40 feet tall, to servicing power grids far out in the field.

“IAM members have a great work ethic and take tremendous pride in the reliable work they do. They’re committed to craftsmanship,” said IAM District 1888 President and Directing Business Representative Ernie Epps, a 44-year IAM member, family man, avid outdoorsman and die-hard Tennessee Volunteer football fan. “Without IAM members, the lights and electricity that some people take for granted, might not come on when they hit the switch.”

“Our members know reliability is the key to their success, the success of our union and their reputation with the TVA,” said IAM District 1888 Business Representative and Organizer Keith McFarland. “They all take pride in their craftsmanship and in the work they perform. They understand they are working to help make our region one of the best places in the country to live.”

McFarland, a 31-year IAM member with a passion for reading and hunting with his sons, hired-on at the TVA in 1991 at the Watts Bar Nuclear Plant in Spring City, TN. He says lucrative IAM contracts with the TVA have maintained high worker morale and propped-up local economies. 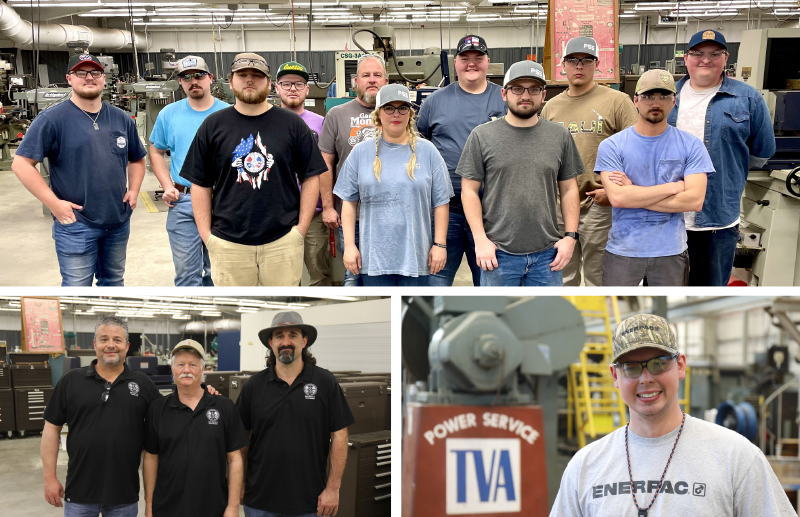 “All trades and labor jobs at the TVA are good jobs. They pay well and the benefits are some of the best in the Southeast,” said McFarland. “When our members are paid well, the entire community prospers.”

The IAM represents about 30 members at the Browns Ferry Nuclear Power Plant in the town of Athens, AL. Thomas J. Bedford Jr. is a proud District 1888 Machinist who originally hired-on at the TVA in 2004 at the power service shop in Muscle Shoals, AL. Since 2005 he’s been working up the road at the Browns Ferry site and says union membership on the shop floor there play a critical role in the massive power production operation.

“I am third generation Machinist I take pride in every detail of every part I make,” said Bedford Jr., a family man who enjoys farming, watching NFL football and working with his hands. “All this is done with safety and the wellbeing of the community as a priority. I love my job and I’m grateful for it. It is fulfilling.”

A motivated Machinist base, experienced management and a strong commitment to the community are keys to success at the nuclear site. Inside the plant, a 3-foot circular clock, which was built by IAM members there, is mounted to the wall. Different components and pieces of the clock represent the variety of skilled workers and teamwork at the TVA. 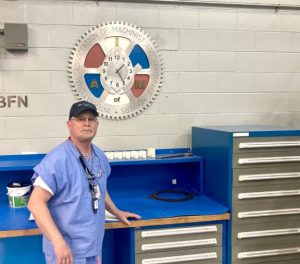 Thomas J. Bedford Jr., member of IAM District 1888, poses next to a large clock he helped build at the TVA that embodies worker unity and trust

“This clock to me represents trust, beginning with the foreman and up through the ranks of management,” said Bedford Jr. “We all work together as a unit, just like how the clock’s pieces work hand and hand to tell time. It also represents the pride I have as a union worker.”

Roger Bragwell is a machinist foreman who has worked at Browns Ferry Nuclear Plant since 2006. He says he’s impressed with the knowledge devotion of IAM members there.

“IAM professionalism means to me, taking great pride and craftsmanship in any and all tasks that are assigned to you,” says Bragwell. “This is a highly regarded quality, if you have it, you will be undoubtedly have success as a machinist.”

Many IAM workers have strong family ties to the TVA dating back to the agency’s inception in the 1930s. Wendell Dean knows well. The 28-year IAM member, who enjoys playing music with family in his spare time, has worked on the shop floor and built bonds with employees who have left generational legacies at the agency.

“Most of all the folks have had a daddy, a mom or family that have been union members and had jobs with TVA,” said Dean. “They take pride in their work. You can rely on the TVA for good jobs throughout the valley.”

Dean, who resides in the town of Killen, AL wants to ensure new generations of workers find success at the TVA. Since 2019, he’s served as administrator of a successful IAM-sponsored apprenticeship program in conjunction with Northwest-Shoals Community College in Muscle Shoals, AL. IAM Local 65, under the direction of lodge president Charlie Borden and IAM Local 1458 are the key sponsors of the program. Dean and the college aggressively recruit in the community for prospects by advertising in local newspapers and promoting the program on the internet and social media.

“We have six apprentices graduating this year from the program. We try to maintain 30 apprentices at all times,” said Dean. “The program is a four-year program with 1,600 on-the-job-training hours, plus 400 hours in the classroom per year. We teach math, advanced blueprinting, manual milling and lathe operation, welding and CNC [Computer Numerical Control] milling and lathing.”

The apprenticeship program is bearing fruit and the Tennessee Valley Authority is depending on the program to fill anticipated vacancies with young IAM members.

“The TVA is very satisfied with quality of apprentices that are going through the program,” said Epps. “The agency depends on us to supply them with future Machinists and growth. There’s a possibility of 100 jobs opening up over the next four years.”

The apprenticeship program has changed the life of 25-year-old Caleb Richardson, a young man from Alabama who likes to fish, hunt and ride vehicles in rough off-road terrain. Richardson is in the fourth and final year of his training and is looking forward to graduating, becoming an IAM member and gaining full-time employment with the Tennessee Valley Authority.

“TVA has a strong presence in my area. I’ve known a lot of people that worked for TVA and had great careers,” said Richardson. “I knew that would be a great opportunity to earn a good living and gain valuable experience as an apprentice.”

Richardson is engaged to a young woman, one more reason to complete the apprenticeship program, learn a trade and enter a good employment field that will support his future wife and family. 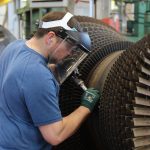 “Currently I work in the field machining division of the power service shop,” said Richardson. “We perform operations such as drilling, boring, milling, thread milling, flange facing and welding.”

34-year-old Amanda Green of Greenhill, AL is a first-year apprentice who hopes to work at the Brown’s Ferry nuclear site after graduating from the program. She says the learning curve is steep but enjoys the challenge.

“My teachers have been wonderful and they’ve really helped. It’s really exciting to work with my hands,” said Green, a mother of two who enjoys camping and fishing. “My kids really push me to do better in life and this program will help me get there.”

IAM membership and the apprenticeship program have garnered praise from management at the TVA. Senior supervisors say a strong labor-management partnership is crucial to future success of the agency.

“We’re absolutely appreciative of what the Machinists Union is building to support our mission,” said TVA Power Service Shop General Manager Doug Keeling. “They’re a very highly skilled workforce. We’re very pleased. We have a great relationship and we look forward to the future together.”

Quality of life for District 1888 members might not have been achievable had it not been for the good-paying IAM jobs at the Tennessee Valley Authority, a staple that’s sustained local communities throughout the South since the 1930s.

“We’re very fortunate to have great jobs, competitive wages, talented workers and a tremendous relationship with management,” said Epps. “The TVA is an economic bedrock in the region and will continue producing power and supporting working families moving forward.” 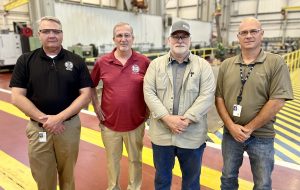