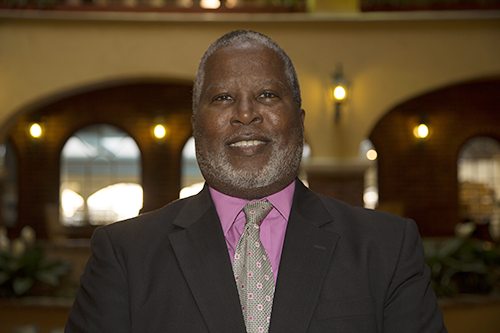 “On behalf of the Midwest Territory members and staff, I’d like to congratulate Larry Young on his appointment and welcome him to the Midwest Territory staff,” said IAM General Vice President Philip J. Gruber. “As the lone Business Representative of District 74, Larry successfully represented and serviced about 1,500 government, service contract and private sector workers. His dedication to working families and his community throughout his 37 years as a Machinist member has been unyielding. We welcome him on board and look forward to the contributions he’ll continue to make to our membership.”

Young, a Navy veteran, initiated into Norfolk, VA, IAM Local 97 at the then Naval Supply Center (now Fleet Industrial Supply Center) in 1982. He served in many different capacities from Shop Steward, Chief Steward, in-shop General Chairman, Trustee, Conductor-Sentinel, Newsletter Editor, Bargaining Committee Member, and Delegate to District Lodge 74 and the Eastern Virginia Labor Federation. He was elected to be a delegate to the last five Grand Lodge Conventions.

In addition, Young has been appointed to several MNPL Planning Committees. He’s also served on the executive boards of the AFL-CIO of Virginia, United Way of Hampton Roads, Opportunity Inc. Norfolk, VA, and as Vice President of the Hampton Roads Chapter of the A. Philip Randolph Institute.