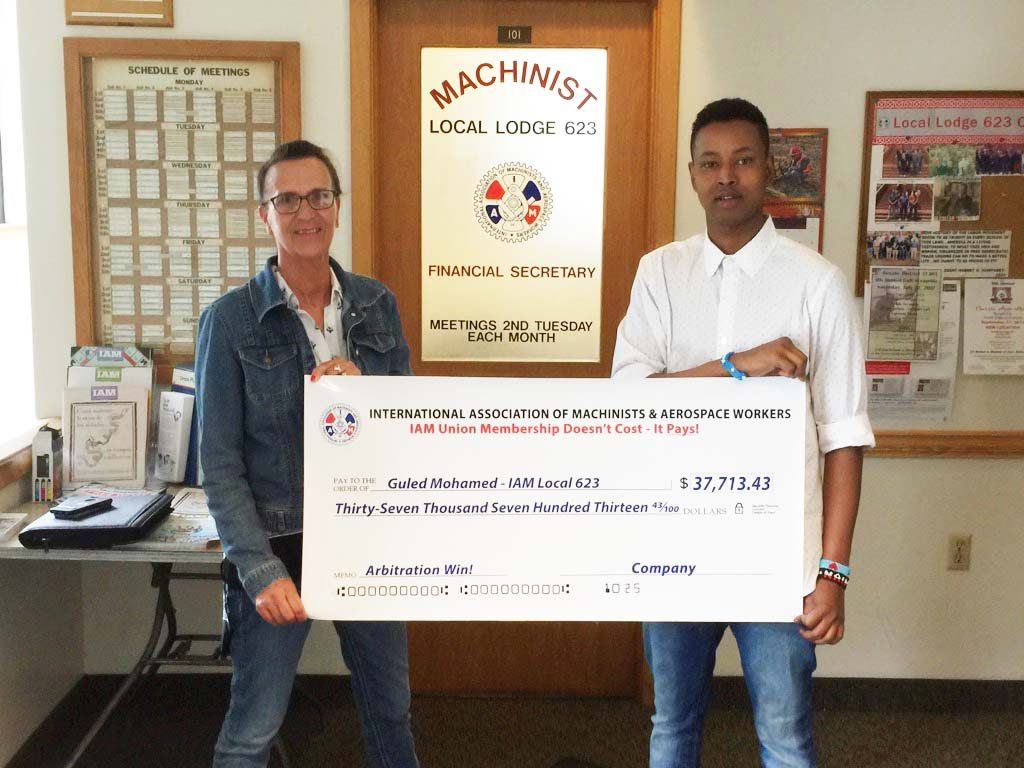 Another reason it pays to be union? Winning your job back after being wrongfully terminated – with $37k in back pay.

When seven-year IAM Local 623 member and union steward Guled Mohamed of St. Cloud, MN, was wrongfully terminated from his job as a lead worker at Electrolux Home Products, he turned to his union for help.

The IAM filed a grievance and attempted to resolve the issue with the company.

But when the company refused to move on the grievance, the union proudly filed Mohamed’s case for arbitration.

The arbitrator ruled that Electrolux did not have just cause to terminate Mohamed. The company was directed to reinstate Mohamed to his former position and to restore all benefits – including more than $37k in back pay.

“This is what a strong IAM contract is about – justice and fairness on the job,” said IAM Local 623 Directing Business Representative Colleen Murphy-Cooney. “I want to commend Guled Mohamed, who stood his ground and did a great job in helping the union present his case. We in the IAM pride ourselves in the service we provide to our members and this is another great example of why it doesn’t cost to be union – it pays.”

The post Why it Pays to be Union? Winning Your Job Back and $37k in Back Pay appeared first on IAMAW.