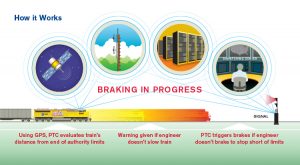 UPDATE (1/3/17): DOT Secretary Chao sent letters to the respective leaders of the nation’s railroads asking them to increase the pace at which they are installing PTC. Click HERE to read the letters.

Last Thursday, two top Democrats from the Transportation Committee and the Railroads Subcommittee chided both the rail industry as well as the Trump Administration for failing to make enough progress on adopting Positive Train Control (PTC). The life-saving technology would have prevented the recent deadly accident in Washington state, as well as the 2015 crash 0f Amtrak 188 outside Philadelphia. In both cases, engineers failed to slow the trains to appropriate speeds upon entering a curve, causing the trains to derail, which is exactly what PTC was designed to prevent.

“We believe it is high time that the railroads implement PTC. It has been nearly a decade since passage of the Rail Safety Improvement Act of 2008 (P.L. 110-432) which required freight, commuter, and intercity passenger railroads to implement PTC by December 37,2015…We understand that PTC is complex but there is no excuse for it taking this long and for some railroads to be lagging so far behind, as indicated in the progress reports submitted to the Federal Railroad Administration.”

The Congressmen are not alone in their frustration. A recent piece from the New York Times Editorial Board was aptly titled “The Amtrak Derailment Was Caused by a Collective Failure,” and blames many factors, including the industry as well as various local, state, and federal political bodies that have failed to make more infrastructure funding available to transportation agencies.

TCU strongly supports PTC implementation, and believes Congress should do everything in its power to ensure that our nation’s railroads are safe for both passengers and workers. But in order to do so, we – as a country – must come to grips with the reality that funding infrastructure is an urgent necessity in America.