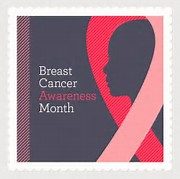 Initially, the aim of these events were to increase the early detection of breast cancer by encouraging women to have mammograms. As many women know, a mammogram is an x-ray of the breast used to detect abnormalities in breast tissue. Early detection means that cancer can be more effectively treated and prevented from spreading to other areas of the body.

Today, Breast Cancer Awareness Month is as much about raising funds for breast cancer research and support, as it is about raising awareness.

Nationwide there are many activities that are planned around this topic in October. Even our own members take this month as an opportunity to network with members and the community.

For example District Lodge 751’s Women’s Committee (located in Seattle, WA) is selling team t-shirts at local meetings which all proceeds will go toward their team goal for the Making Strides Again Breast Cancer Walk on October 21st.

Local Lodge 811 for the past two years has held  a Memorial Cancer Walk where balloons are released in memory of friends, family and co-workers who have passed from the deadly disease. They also have information booths with literature on breast cancer and self-care.  This year they will be hosting the walk on November 4th in conjunction to the local lodge family picnic.