Older Americans Would be Hard Hit

The following statement was issued by Richard Fiesta, Executive Director of the Alliance for Retired Americans, in response to media reports on the Senate Republicans’ latest plan to repeal the Affordable Care Act.

“The Senate Republican leadership’s latest try at an Obamacare repeal bill seeks to placate the most  extreme conservative wing of their party at the expense of working and older Americans. 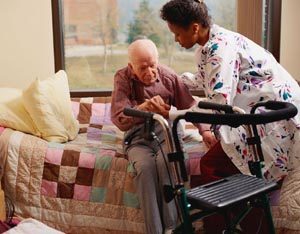 “This bill still dramatically cuts Medicaid, which provides health insurance for millions of elderly and disabled Americans. By any definition, it is still cruel.

“Americans want affordable, quality health care but the Republican plan will make older and sicker Americans pay more. Those who need coverage the most will be sent into a spiral of rising premiums and costs.

“The 4.4 million members of the Alliance are organized and unified in our opposition to this plan, and will continue to urge our elected officials to vote against it.”

The post Latest GOP Attempt at a “Health Plan” Still Not the Charm
appeared first on Retired Americans
.

The post Latest GOP Attempt at a “Health Plan” Still Not the Charm appeared first on IAMAW.