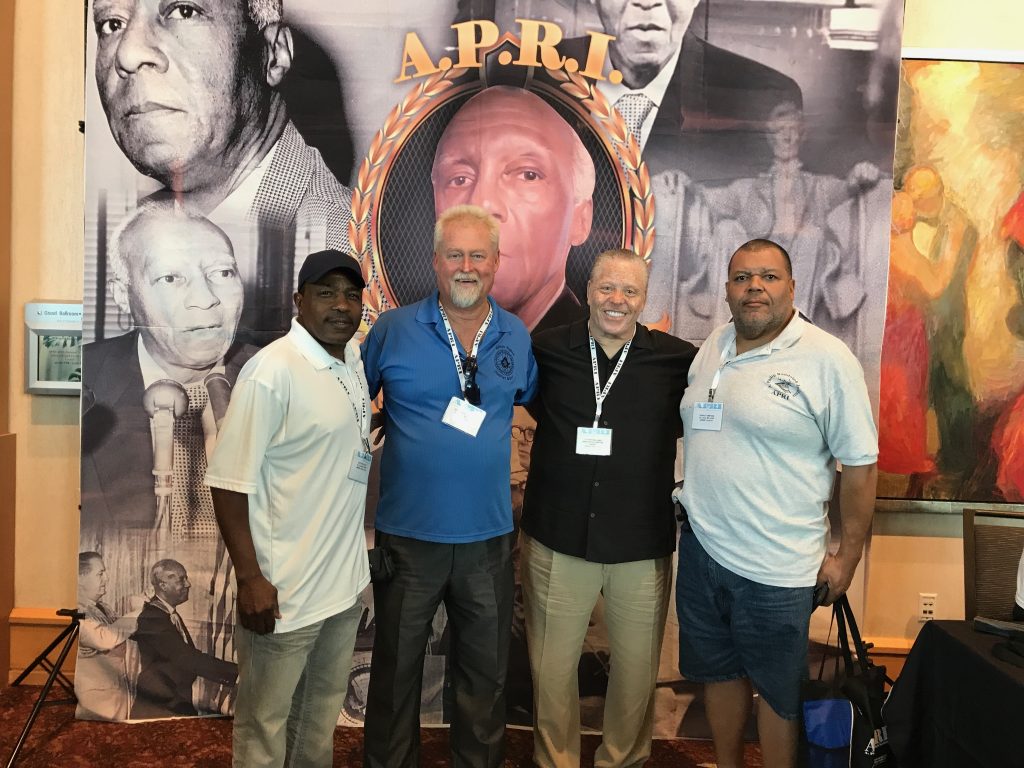 Members of the IAM Midwest Territory recently joined Machinists Union members and hundreds of labor activists from across the country at the A. Philip Randolph Institute’s (APRI) 48th Annual National Educational Conference in Hollywood, FL.

“The 48th National Educational Conference of the A. Philip Randolph Institute convenes during a most challenging time,” said APRI National President Clayola Brown, “but it is also a time full of opportunities to advance the cause of social and economic justice for working families across this nation. Our Labor Movement is being plagued with growth and program challenges at both the local, state and national levels. Standing still and doing nothing, maintaining the status quo, or going backwards are not viable options. We must ‘Stay Woke.’”

As one of the largest African-American labor organizations, APRI activists and their allies have been instrumental in educating, organizing and moving political issues focused on civil and human rights for more than 50 years. The Institute was founded by civil rights leaders A. Philip Randolph, founder of the first African-American labor union, the Brotherhood of Sleeping Car Porters, also known as the Pullman Porters, and Bayard Rustin, chief organizer of the historic 1963 March on Washington, in 1965.

The Pullman Porters through past mergers have become a part of the IAM/TCU family. Brown proudly and often makes that declaration.

“There were approximately 30 APRI youths who attended the conference,” said Williams. “APRI leadership educated them on the labor movement and how to become activists in their home towns. The largest youth delegation was a newly formed group from North Carolina. Together the young people produced a video for the general membership meeting in which they shared the knowledge they learned throughout the conference and their goals to ‘Stay Woke.’ They were inspiring!”

“The IAM is proud to be involved and supportive of APRI, a strong institution that promotes both our labor values and our commitment to human and civil rights.”