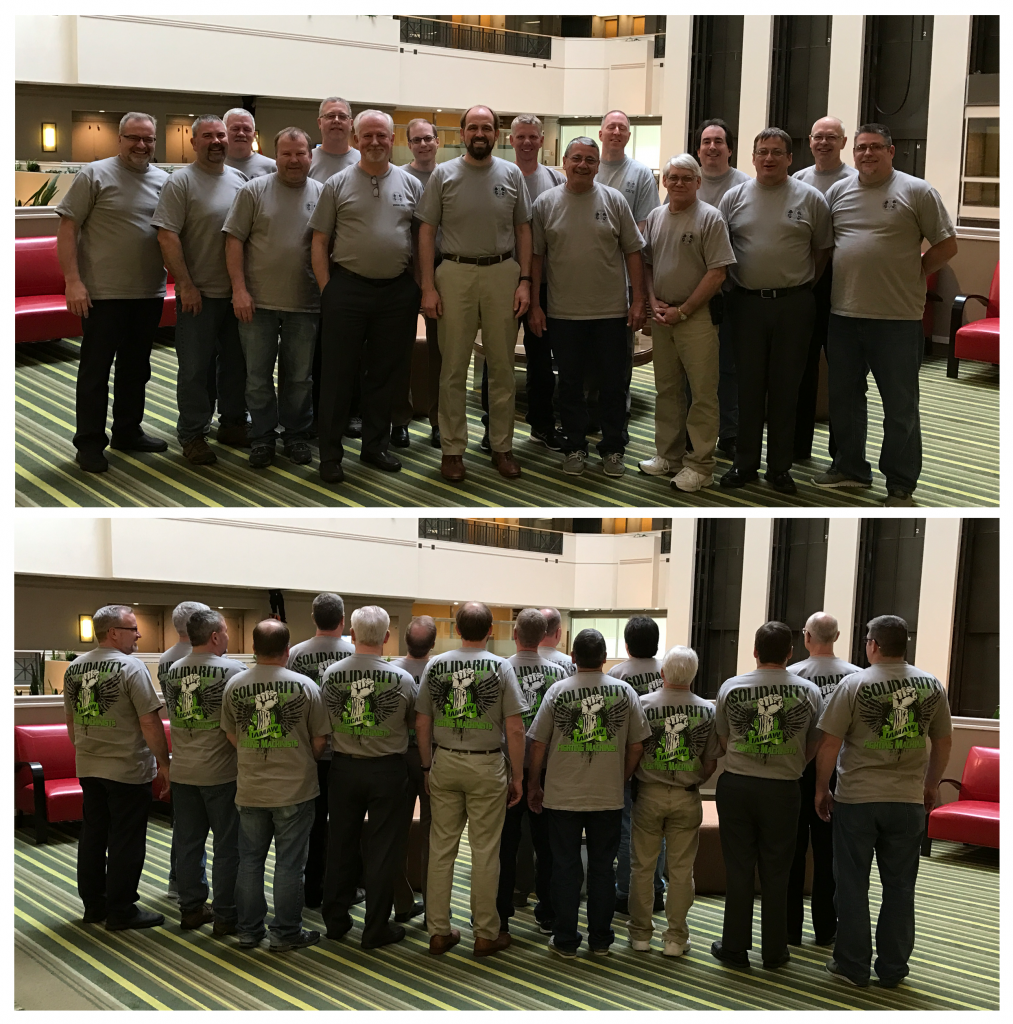 IAM members at Crown Cork & Seal, a beverage and food packaging company with locations throughout the U.S., have approved a new three-year master agreement across four states.

The new contract includes a general wage increase of two percent the first year with a $0.50 minimum and a 1.5 percent increase the second year. Annual cost of living adjustments will continue for the National IAM Pension contribution with increases of $0.25 the first year to $3.55 per hour and $0.20 the second year to $3.75 per hour. The agreement also includes some significate language improvements which will allow members to cover each other’s shifts without using vacation time.

“This agreement would not have been possible without the solidarity from the membership and the team effort put in by all those on the negotiating committee,” said Norman. “As a committee, we recognized the issues that were important to our members and worked hard at reaching a fair and equitable resolution with the company. The end result was a contract with better pay and retirement benefits for our members. Congratulations to all.”

“Congratulations to the IAM members at Crown Cork & Seal on reaching a new master agreement,” said Kamrowski. “The committee did a great job at helping the company understand our issues and getting the right language to address those issues. Collective Bargaining Director Craig Norman should be proud of his work. This is a really strong contract – one in which Crown workers should be proud of. Our members deserve a huge congratulations for their solidarity and what they were able to achieve by simply coming together and ensuring their continued voice at the workplace.”

“I would like to congratulate IAM members at Crown Cork & Seal on their solidarity in reaching an outstanding three-year contract,” said Steigauf. “From the shop floor to the negotiating table, collectively your strength helped to signal the company of your intent. Specifically, the group action leading up to negotiations of all the plants wearing solidarity tee shirts every Wednesday, ending with the entire negotiating committee wearing their shirts in negotiations on the final Wednesday. It was an outstanding display of group solidarity to achieve a group outcome. United we stand, Congratulations.”