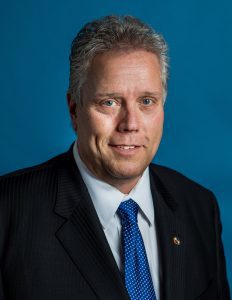 As we gather to celebrate this Labor Day, a day to honor and recognize the American labor movement and the toils and contributions of laborers to the development and achievements of the United States, we’d be remiss if we didn’t acknowledge the extraordinary turn of events for workers since January 2021.

For the first time in decades, things are actually working in American workers’ favor.

Employees from Big Business companies like Amazon, Starbucks, Apple and Google are increasingly organizing as a means of achieving better benefits, better pay and better protection from employers.

Our union recently organized over 100 Apple store employees in Towson, Md. We are currently preparing for formal negotiations with Apple.

Union workers at companies like Boeing and Culligan are fighting back against the long-held two-tier wage systems put in place to divide the workforce between the haves and have nots.

The latest data from the U.S. Bureau of Labor Statistics shows the labor market added 528,000 jobs in July, matching the lowest unemployment rate in 50 years.

And we finally have a White House and leaders in Washington who are fighting for Main Street instead of Wall Street.

The American Rescue Plan accelerated the economic recovery when it lost momentum. The historic investment of the Infrastructure Investment and Jobs Act is modernizing our roads, bridges and transit systems, all while creating good union-wage jobs. Now, the Inflation Reduction Act promises to lower prescription drug, health and energy costs, amid many other things. One can only come to one conclusion: American workers are winning.

Special-interest groups who’ve been blocking progress for decades – not so much.

And it’s about time.

President Biden promised to make government work for working people – and that’s exactly what he’s doing. He’s rebuilding the middle class, creating an economy where American workers can succeed, and positioning America to win today and in the future.

This Labor Day, American workers have a lot to celebrate. You also have some choices to make.

How will you take advantage of the opportunity before you to advance you and your family? Will you seek out the available training and jobs created by the recent worker-friendly legislation? Will you join the thousands of workers aiming to unionize their workplace?

According to a recent AFL-CIO poll of the top issues for registered voters, the results showed inflation at the top of the list at 41 percent, health care second at 27 percent, and fair wages third at 23 percent. All of these issues are being addressed head-on by the current administration.

And all of these issues can be further mitigated through a good, strong union contract, which is what Amazon, Starbucks and Apple stores all across the U.S. are finally realizing – one store at a time.

So, this Labor Day, celebrate.

Celebrate the historic opportunities now being made available to American workers. And resolve to help you and your family get your fair share of the pie – unionize.

The post GVP Galloway: This Labor Day, American Workers Have a Lot to Celebrate appeared first on IAMAW.