The Chicago Metro Chapter of the Illinois Alliance for Retired Americans, including Corresponding Secretary of the chapter Bea Lumpkin, recently launched INTERGEN, a coalition focusing on common issues and priorities. The spark for the partnership came in October 2016 when both Illinois Alliance members and young activists attended an Early Voting rally. Since then, the older and younger activists have teamed up for rallies and protests involving health care, the “Fight for 15” ($15 per hour minimum wage), and Tuition Free Illinois. 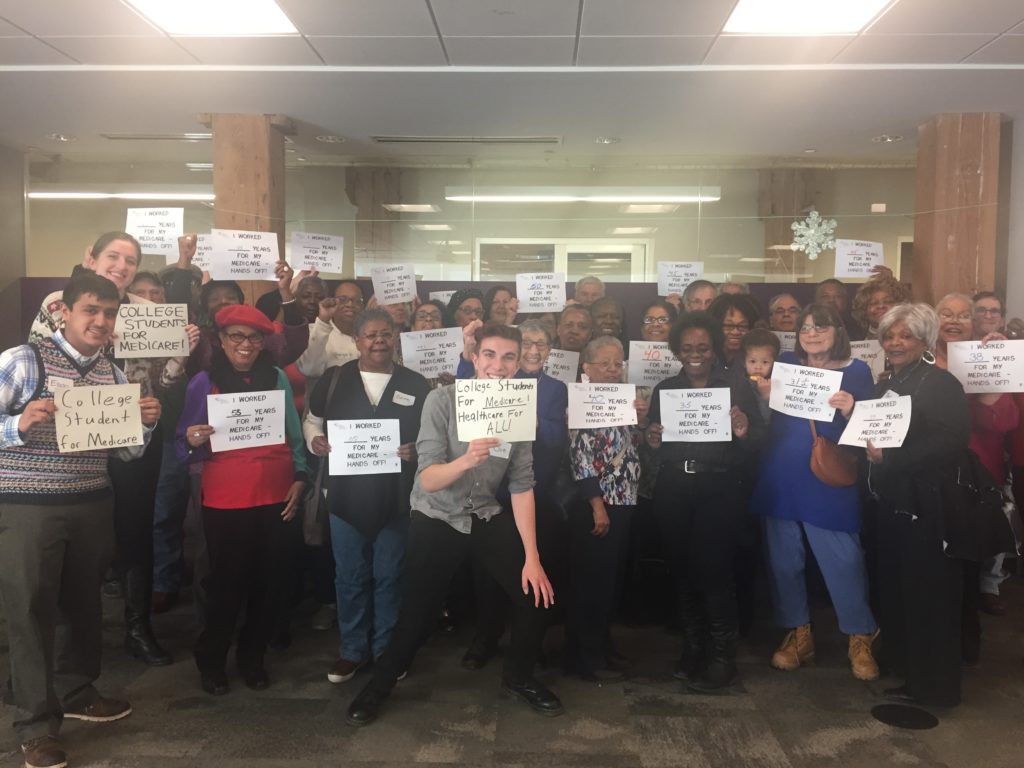 Ms. Lumpkin will celebrate her 99th birthday in less than three weeks. Young activists include members of the labor movement, USW Next Gen (young steelworkers), Chicago Young Workers, and Chicago Student Action. The coalition members hope that their combined voice will be a stronger barrier to anti-worker and anti-retiree policies seen both locally under Governor Bruce Rauner and nationally.

“Bea has gotten me involved and made sure that I stay engaged,” said Earchiel Johnson, 30, of Chicago Young Workers. “It can be hard to balance work and activism, but Bea makes sure I know when I am needed.”

INTERGEN was launched with an all-day conference on June 17, 2017. Activists shared their stories about why they became activists for justice and met in caucuses to work on the future of the alliance. The day focused on topics like raising the minimum wage, combating student debt, and saving health care, Social Security, and pensions.

The launch was videotaped to make a short documentary available to all.

“Bea is a historian and a labor treasure,” added Elijah Edwards, 36, Vice President of Chicago Young Workers and an AFSCME official.  “She is the physical embodiment of what labor represents, always standing up for those who have had their civil rights trampled.”

“We met during the campaign to revitalize the Pullman area of Chicago.”