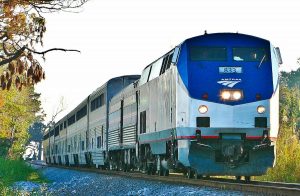 Amtrak has confirmed a record year, covering almost all of its operating costs (94.7%) from ticket sales and revenues in fiscal year 2017. Amtrak also carried a record 31.7 million passengers, up 1.5% from the year before. Importantly, ridership was up on all three parts of Amtrak’s network: the Northeast Corridor, State-supported routes, and long-distance routes.

This is a testament to the dedicated Amtrak employees – many of which are TCU members. Through their hard work and dedication, Amtrak employees have delivered the best financial year on record for our nation’s passenger rail carrier.

In ridership, Amtrak achieved year-over-year increases from FY 2016 for all of its service lines: