The Social Security Administration announced Friday
that next year’s Social Security cost of living adjustment (COLA) will be 2.0%. That means an increase of $25 per month for the average beneficiary.

According to the nonpartisan Kaiser Foundation, however, this will not be enough to offset the rise in Medicare Part B premium costs for 2018.

Coverage for Medicare Part B is optional, but 91 percent of Medicare beneficiaries are signed up for it. The program covers physicians’ care, outpatient care, certain medical equipment, laboratory tests, some health home services, and other care for patients. According to a Senior Citizens League study, retirees have lost one-third of their buying power since 2000 because COLA increases haven’t been able to catch up with skyrocketing health care and housing costs. Researchers expect Part B premiums to increase an average of 5.4 percent each year between 2017 and 2024.

“We need Congress to adopt the CPI-E, the Consumer Price Index for the Elderly, to calculate future COLA’s,” said Richard Fiesta, Executive Director of the Alliance.

“The CPI-E is based more on health care and housing costs, things that seniors actually spend their money on.” 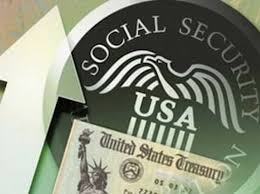 The post 2018 Social Security COLA will be 2.0%; Not Enough to Offset Medicare Part B Premiums
appeared first on Retired Americans
.

The post 2018 Social Security COLA will be 2.0%; Not Enough to Offset Medicare Part B Premiums appeared first on IAMAW.