The IAM is mourning the passing of Chris Wagoner, who recently retired as Director of the IAM’s William W. Winpisinger Education and Technology Center. Wagoner, 60, with his family by his side, passed away after a brief illness on Sunday, November 20, 2022.

Over his 33-year IAM career, Wagoner dedicated his life to training and educating union activists at the Winpisinger Center, a campus in Hollywood, MD that many call the IAM’s “crown jewel.”

After hiring on as an education representative at the Winpisinger Center in 1989, Wagoner became the center’s assistant director in 2005. He served as director since 2007. Wagoner retired from the IAM in July 2022.

“The entire IAM is simply heartbroken at the loss of such an iconic, caring and influential figure in our union,” said IAM International President Robert Martinez Jr. “Chris has been a great friend and confidant to myself and so many others through more than three decades of challenges and triumphs in the IAM. Our memories of Chris’s unyielding love for our union and our membership will forever live on for so many whom he touched throughout the years. We send our deepest condolences to his wife Jill, daughter Mollie, daughter-in-law Qifei Zeng, and everyone who loved and cherished what Chris brought to our lives on and off the job.”

Wagoner was a constant figure at the Winpisinger Center, where thousands of members, officers and staff every year participated in leadership, organizing, negotiations and other programs that built power and knowledge in the IAM. Wagoner would make a point to visit with every class he could, sharing, among many things, that the Winpisinger Center, and the labor movement, must be an inclusive, diverse and welcoming environment, free of any bias or discrimination for all.

“Wimpy’s vision created the Winpisinger Center, but no single person gave it more life and purpose than Chris Wagoner,” said Winpisinger Center Director Mary McHugh. “His contribution to our union is simply immeasurable.”

In lieu of flowers, the Wagoner family asks that donations go to the IAM’s favorite charity, Guide Dogs of America/Tender Loving Canines, in memory of Chris Wagoner. 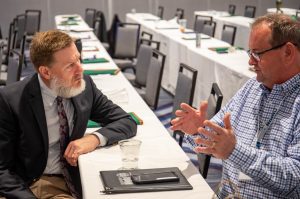 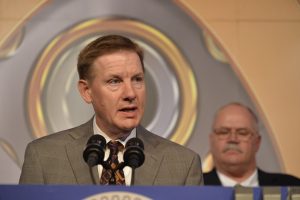 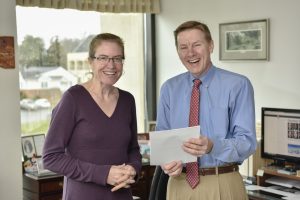 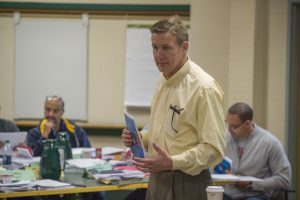 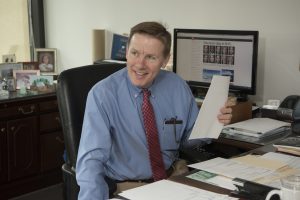 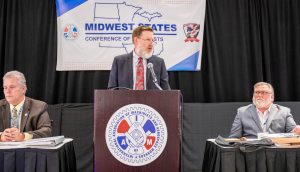 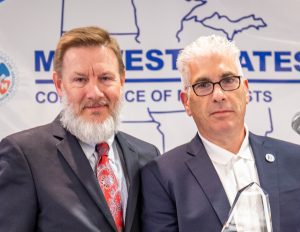