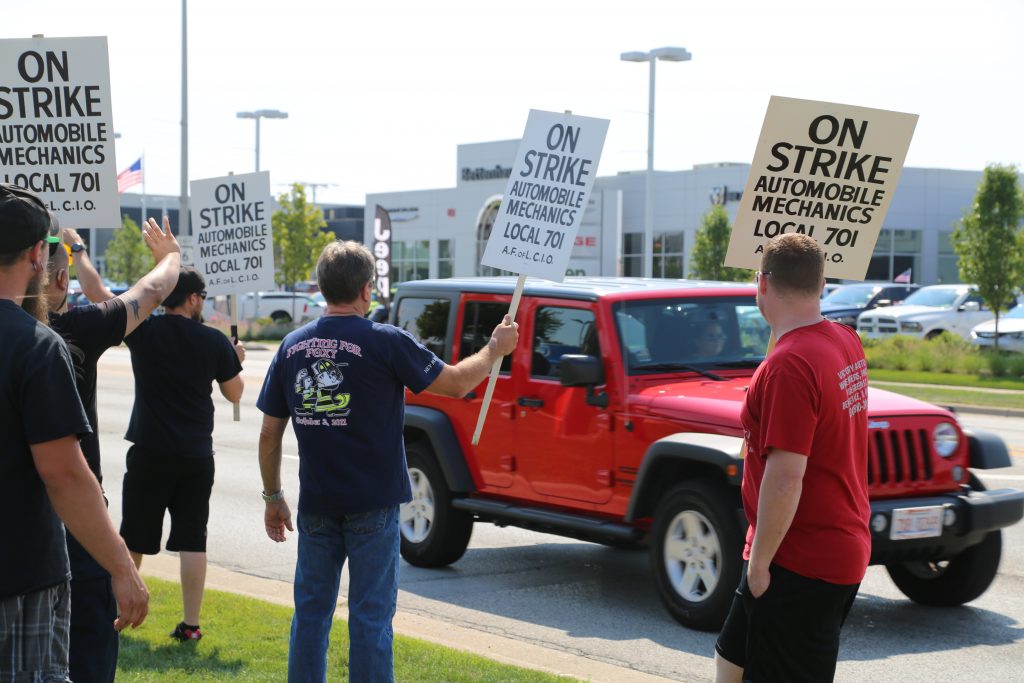 More than 1,700 IAM-represented auto mechanics from across the Chicagoland area walked off the job at the strike of midnight Monday after a group of more than 130 Chicago dealerships refused to pay the workers a fair wage and provide them a fair work schedule.

More than 1,700 IAM-represented auto mechanics from across the Chicagoland area walked off the job at the stroke of midnight Monday after a group of more than 130 Chicago dealerships refused to pay the workers a fair wage and provide them a fair work schedule.

“We provided the dealer association with a comprehensive and realistic proposal,” said Local 701 Directing Business Representative Sam Cicinelli. “We fix things – that’s what we do for a living. We’re trying to fix this industry. Apparently, the NCDC feels much differently. Their greed continues to drive our industry in a downward spiral circling the bowl. That’s not what our members want. So together they made a decision to stand up and fight.”

See photos from the vote and strike lines here 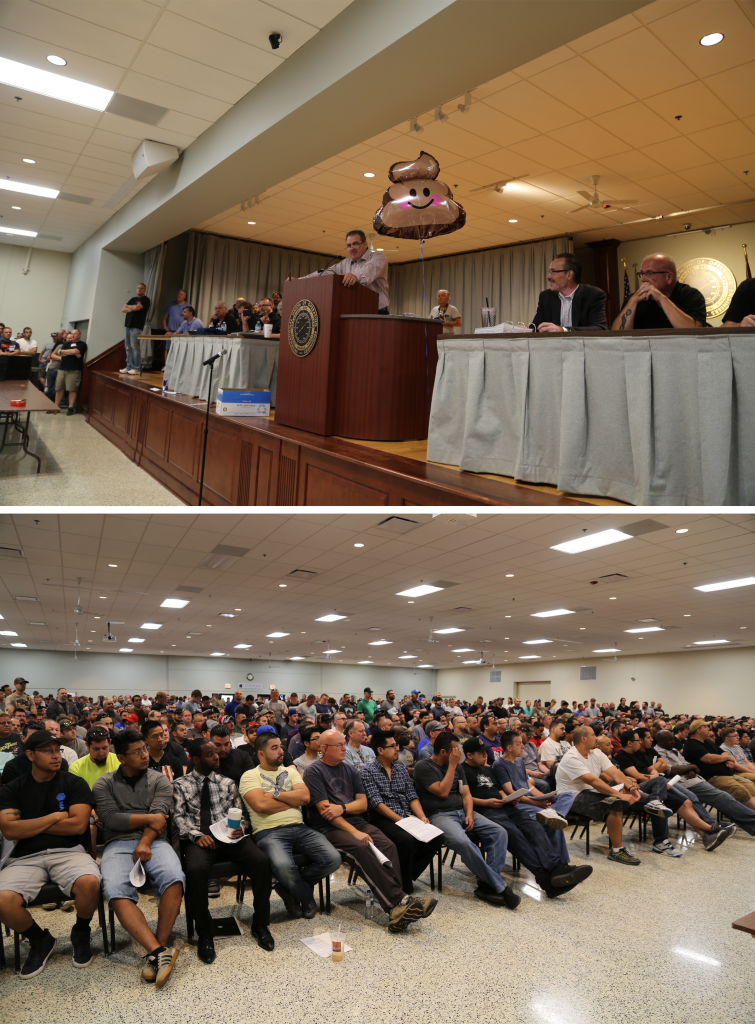 Sticking points include uncompensated time. With the factory reducing times and restricting technicians’ ability to properly fix vehicles within the allotted time, the mechanics ends up working at their own expense. Up to 6 hours (15 percent of their time) or more per week may not be compensated.

Other sticking points include a work schedule consisting of a flex work week, which prohibits IAM members from being able to spend time with their families, an extended apprenticeship progression of eight years, and increased health care costs.

The exodus of seasoned Journeymen mechanics leaving the industry to seek jobs that actually pay for their expertise is also a major concern, as well as draconian pay structures prohibiting the union’s ability to attract young aspiring mechanics into entering the auto repair field.

“The unattractive pay rates coupled with stagnation within each entry level classification restricts the trade’s ability to provide for an attractive long-term profession,” said Cicinelli, who knows first-hand the pains of attracting new talent to the industry, as IAM Local 701 is home to one of the most effective automotive training centers and apprenticeship programs in the city. “With the industry headed in this direction, who will fix the cars and trucks in our future?”

The previous 4-year contract between Local 701 and the NCDC expired on July 31 at midnight.

There have been 16 bargaining sessions (six more than last negotiations) between the parties since kicking off negotiations in June.

The last two agreements were concessionary; the technicians conceded on several monetary issues given the dealerships’ tough economic circumstances at the time. Job preservation was the primary focus the last two cycles.

However, after ratification of the last agreement, the auto industry has boomed, says Cicinelli. “Our technicians are simply looking for a fair share of the industry growth,” he said.

“Our members have spoken,” said IAM Midwest Territory General Vice President Philip J. Gruber. “The message to the Chicago dealership association is ‘no more.’ This offer currently on the table is a slap in the face to this union and our members who have worked their behinds off in helping this industry stay afloat. Now, when profits are back up, they want to turn their backs on the very men and women who helped drive up that bottom line? No more.

“The IAM stands ready to sit down at the bargaining table day or night. However, the proposal in its current state is not going to work. Union automotive technicians are highly-skilled and highly-trained – the best of the best in the industry. For that, they should be paid and treated fairly. If the NCDC wants a fight. Then a fight they will get.”

See photos from the vote and strike lines here