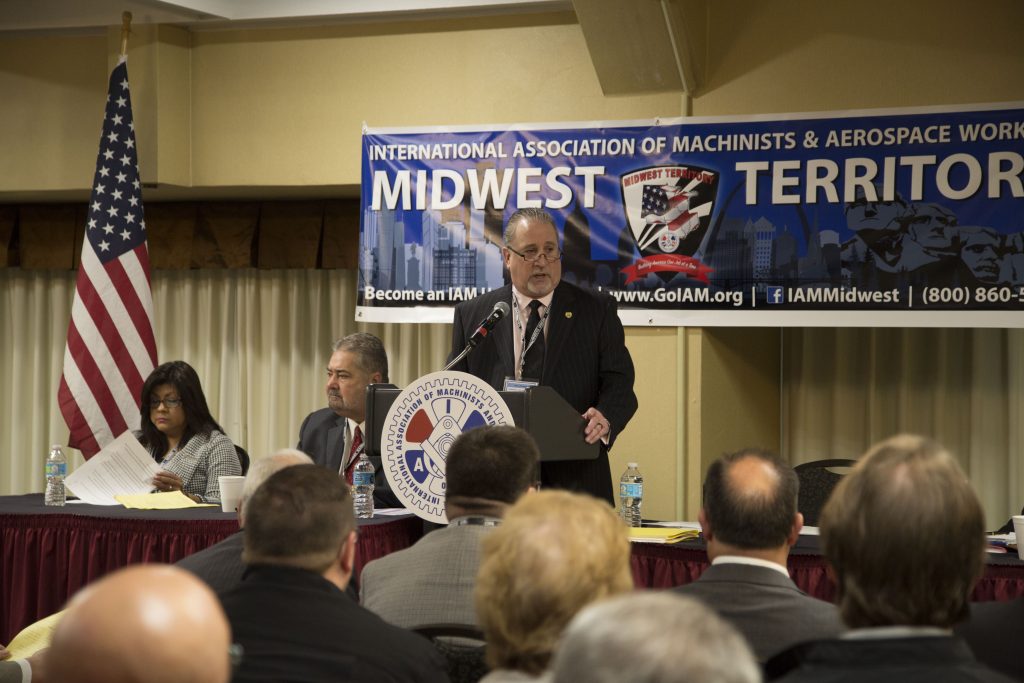 “While the rest of the country tries to figure out what went wrong and how to recover from this last election, the Midwest Territory is going straight to our membership,” said Gruber. “We’re going back to the basics.

“This Territory is going back to focusing on what our members want – the reason they pay dues, and that’s for 1) representation and 2) servicing. We’re going to change the way we do business by going back to what matters.”

Leaders from across the Territory gathered for the week-long conference, where they heard candid presentations on the current state of our union and General Vice President Gruber’s plans for refocusing on the membership, overcoming the current attacks on labor unions and addressing declining union membership across the country.

“It’s time for us to have some real, serious conversations about how we move this union forward – specifically here in the Midwest,” said Gruber. “How do we withstand the current political and economic climate of the American workforce? While at the same time position ourselves for growth?”

“We have to find a way to accommodate lower-wage workers,” said Gruber. “Where the IAM constitution allows, we’re going to make some fundamental changes on the structure of our Territory. Ones that will help and better position us to do some real and effective organizing.”

Delegates furthered the conversation through a series of workshops lead by Midwest Territory staff members. Workshops focused on dues, organizing, servicing, re-engaging IAM membership, creating an IAM footprint in Midwestern communities through community service, working with the National Labor Relations Board, using every legal means members have at their disposal, and dealing with Right to Work and understanding how it effects IAM members.

“The challenges we face are serious, brothers and sisters,” said Martinez. “We must be more unified than ever to grow our union no matter what they throw at us. In order to grow, we must be smarter and more aggressive. And we must all work together.”

Martinez talked about the IAM’s plan for increasing its influence at the state level of government. He also highlighted the many challenges workers in the Midwest Territory face, including state and national efforts to pass and implement Right to Work (For Less) legislation. Currently, all but two states are Right to Work (For Less) in the Midwest Territory, with Missouri recently becoming the 28th state to adopt the misleading legislation.

“I want to personally applaud our members throughout this great Territory for the fight you are putting on against Right to Work (For Less),” said Martinez. “Whether it is in Missouri or Wisconsin or everywhere else in the Midwest, you are taking the fight right to the enemies of working families.”

“Speaking of enemies of working families, Republican Congressman Steve King, from Iowa, recently introduced National Right-to-Work bill H.R. 785,” said Martinez. “We are now calling on Members of Congress in both parties as well as the president to reject National Right-to-Work (For Less) and instead work with us to strengthen collective bargaining and push policies that put more Americans to work in good jobs.”