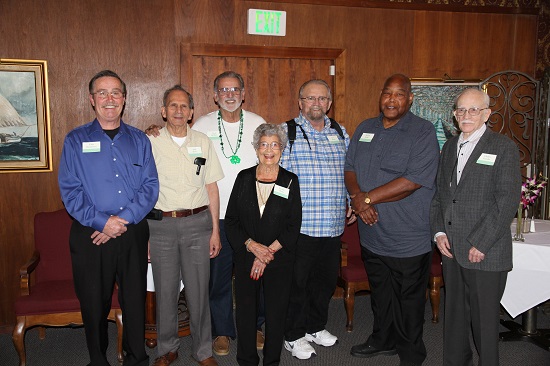 This year, San Leandro, CA Local 1584’s annual retiree luncheon was more than an opportunity to gather for good food and laughter. It included recognition of a number of lifetime IAM members, among them 105-year-old Mary Ramos and 104-year-old Hugh William. 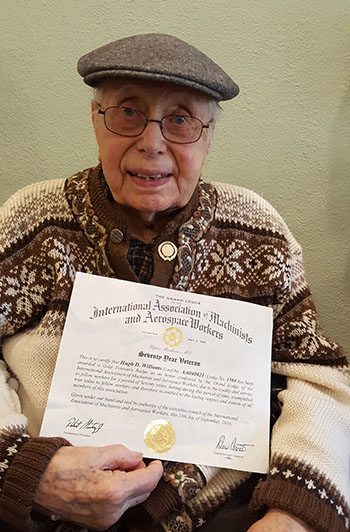 Both Ramos and William retired in 1977 and try to participate in all retiree meetings and events. Ramos was unable to attend this year’s luncheon due to a foot injury and William was recovering from an illness. He was presented his 70-year certificate at his home.

Ramos recalled what it was like when she started working in the nearby fields and cannery of the Del Monte Company in San Leandro.

“I started making 15 cents an hour picking peas and string beans,” said Ramos. “And when I went to the cannery, I remember it was 33 cents an hour. I was glad to get my union job because then I was protected.”

“It’s due to the late and beloved Marge Kolb, who began this event in 1987 to honor our retirees,” said fellow retiree and current Local 1584 Secretary-Treasurer Andrea Gorman. “That same year, she began having our club collect and donate Christmas presents to patients at San Leandro Hospital. We’ve never stopped since then.”

“It’s heartening to know these members, who have served for so many years, still remain involved with their union,” said IAM Western Territory General Vice President Gary Allen. “With such a large number living into their ninth and tenth decades, the elder members of Local 1584 are proving that when you work union, you not only live better but longer.” 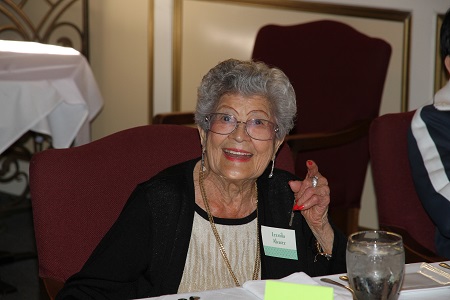 At 95 years of age, Leonila Alvarez was recognized for her 70 years of IAM membership. She retired in 1982, after being laid off from her employer, Crown Cork and Seal. 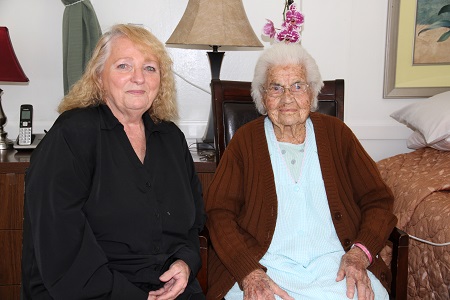 Retiree and current Local 1584 Secretary-Treasurer Andrea Gorman, left, brought greetings and cake to 105-year-old Mary Ramos, who was unable to attend the annual luncheon due to a foot injury.