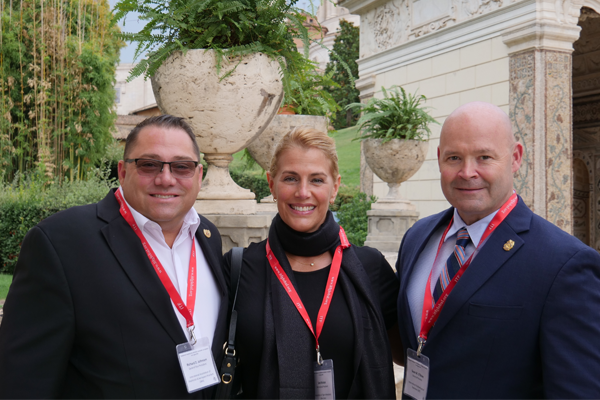 IAM Air Transport General Vice President Richard Johnsen recently joined other transportation unions at a meeting in Vatican City hosted by the International Transport Workers Federation (ITF) and the Vatican’s Chancellor of the Pontifical Academy of Sciences (PAS). The meeting brought transport unions and other trade unions from across the world to discuss joining forces in the fight for global justice.

Johnsen spoke on behalf of transportation, aerospace, automotive, aviation, and rail workers. He addressed how technology continues to change the world and the importance of unions having a seat at the table in the design and introduction of new tech, automation, and artificial intelligence.

“I have spent the last year traveling the country to listen to our air transport members and address their concerns as our industry continues to emerge from the COVID-19 pandemic,” Johnsen said in his remarks to the Pope. “Pope Francis’s words have inspired millions of workers, especially in the airline industry, who have faced recent challenges with understaffing and unruly passengers. I look forward to jointly working with our global partners to ensure we can address ongoing global crises using social justice.”

During the two-day meeting, the group tackled various issues facing the world. Some problems included the impact of artificial intelligence, modern-day slavery, human trafficking, and climate change in the transportation industry. Other members of the U.S. delegation included Sara Nelson, International President of the Association of Flight Attendants-CWA, and Teamsters General President Sean M. O’Brien.